On Monday night, March 9, our Jewish friends and neighbors begin celebrating the fun festival of Purim. It commemorates the salvation of the Jewish people in the ancient Persian Empire from evil Haman’s plot “to destroy, kill and annihilate all the Jews, young and old, infants and women, in a single day,” as recorded in the book of Esther. Haman is the villain in the story. God brings the light of deliverance through the hero, Queen Esther!

Whatever villain you name, that villain will likely be living in some way in the dark. From history, we recall the darkness around Joseph Stalin, Adolf Hitler, and Saddam Hussein. We know of characters like Dracula, The Joker (of Batman lore), The Phantom of the Opera, Voldemort (of Harry Potter fame), Gollum (of JJR Tolkien’s fantasies) and The White Witch (of C. S Lewis’ Narnia Chronicles).

None of these villains can successfully live in the light of day, due to the darkness of his or her soul. The metaphor of darkness echoes the state of one’s inner being.

This week, come to the Light at Cold Spring Church as we visit a man named Nicodemus diwho, while in the darkness, meets the Light of the World in Pastor Kevin’s message, From

Night…To Light. Just a step into the light is all that’s needed. Just step closer, and your fear, doubt, and shame will be no more.

Here are your Micro-Steps in Faith for this week:

Who is your favorite superhero? Lots to choose from! Walking down our aisle right now is super-model, our own, Mr. Chuck McPherson (not really a model!). He is wearing on of my favorite T’s featuring Jesus sitting on a steel beam with an assortment of superhero’s. Spider-Man hangs there. There’s Superman, Captain America, Batman, and many more. If you could be the hero of your own story, what powers would you want? Here’s the good news, while those particular powers may not be granted, Jesus makes you the hero of your own story. You’re created to know the Super Savior, Jesus, who is quite different than the other cool superheroes.

1. For one thing, superhero’s aren’t real! Jesus is.

2. Superhero’s all have powers, but they are vulnerable to one or more dangers, even fatal ones. Of course, we all have anxieties, fears, and parts to our life that may be called vulnerabilities, so we are more like superhero’s than we might at first think. But Jesus, has no vulnerabilities, sinless, nothing stops him from loving us or being with us. Jesus is a real hero because gave his life for us to live forever, then came back to life for ever! No superhero can do that!

3. Superhero’s have fans, but not followers. Jesus is personal and wants us not only to follow him, but to be like him! He gives us the Spirit to live more like him every day. Jesus invites us into our story and to share that story with others! Superhero’s don’t do that.

What kind of hero will you be? Chose to follow Jesus, to know Jesus, and an amazing story will be yours! 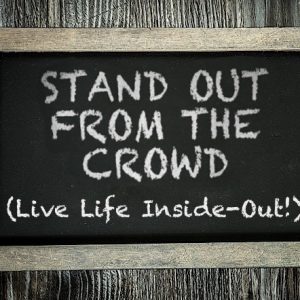 Our Lectionary texts this week will help us to think about how to live our life “inside-out”. That is, how our inner spirit and motivations find expressions in our actions. In Mark 7, Jesus wants us to stand out from the crowd, not to draw attention to ourselves, but to reflect his character and values. The self-important religious leaders focused on what they ate, how they dressed, and where they stood in worship, and the importance they held in the eyes of others. The thing they missed was that God cared most for how they treated others, not how much money they put in the offering plate or the rituals they observed. The apostle James told his listeners, ”Religion that is pure and undefiled before God, the Father, is this: to care for orphans and widows in their distress, and to keep oneself unstained by the world” (James 1:27). How do we practice “undefiled religion” by caring for “orphans and widows in distress”? Given that all sin and fall short of the glory of God, we are all hypocrites to one degree or another and must grow to be more authentic and live with more integrity despite our inevitable mistakes and shortcomings. Let’s stand out from the crowd, in a good way, this week at Cold Spring Presbyterian Church!