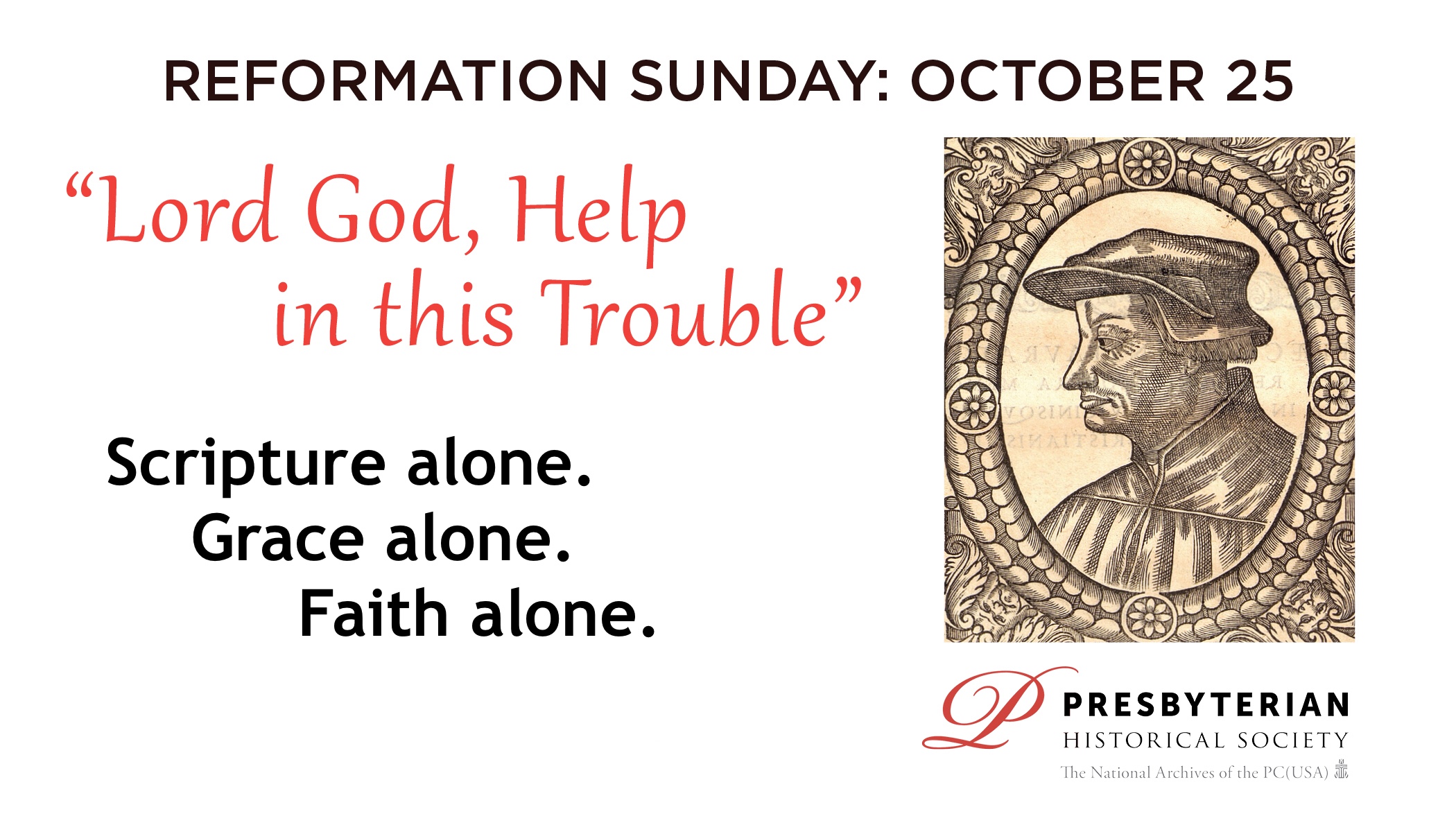 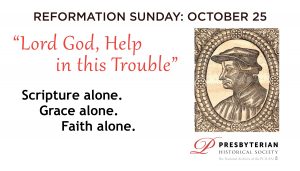 Lord God, Help in this Trouble: The Plague Song of Ulrich Zwingli

(From the Presbyterian Historical Society. To discover more about the 16th Century Reformation period that coincided with the bubonic plague that swept through Europe, and for a copy of the Plague Song, please visit www.history.pcusa.org.)

This week commemorates the Protestant Reformation (1517-1648) that transformed Europe as the Good News was proclaimed with renewed spiritual energy: Scripture alone. Grace alone. Faith alone. While the names of reformers such as Martin Luther and John Calvin are more widely recognized, it was Ulrich Zwingli (1484-1531) who left an undeniable impact on the Christian Church. In Switzerland, Zwingli was the newly appointed People’s Priest, or Leutpriestertum, at Zurich’s Groosmünster church. With the Reformation underway, while visiting the Swiss town of Bad Pfäfers in September 1519, Zwingli learned of a new wave of plague devastating Zurich and immediately returned home. The bubonic plague was ravaging Europe. Zwingli ministered to the city’s afflicted and himself fell ill. His brother, Andreas, would perish from the disease, along with an estimated quarter to half of all Zurich’s citizens. Zwingli’s song shows him falling sick, battling the disease, and convalescing. The words speak to his acceptance of divine providence (“Do what Thou wilt; me nothing lacks. Thy vessel am I; to make or break altogether”)and promise a future of faithful acts (“my lips must thy praise and teaching bespeak more than ever before, however it may go”). As a Reformation leader Zwingli went on to oppose longstanding church practices that contradicted his understanding of the Bible, including the veneration of saints and statues, priestly celibacy, and the sale of indulgences. Although he didn’t write the Plague Song to be performed during worship services, the text can be found in many sixteenth and seventeenth century Protestant hymnals. Zwingli’s words remind us 500 years later that a commitment to others and even personal tribulation can lead to a renewed state of grace.

By Communications Team Music, Sermons
1 2 3 4 Next