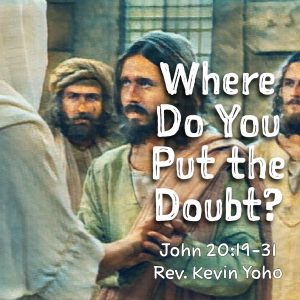 Coffee had a nickname. The Devil’s drink! How did that happen?

About 900 AD, Ethiopian Cadi the goat herder, discovered his goats eating berries that made them go crazy from what we know to be caffein! He tried it and made a drink. Eventually, word of mouth taste tests promoted the drink to Yemen. 600 years passed and in 1511 it comes to Mecca 🕋. First is banned by the Muslim clerics because this unwanted innovation with unknown consequences and side effects kept drinkers congregating in coffee bars instead of the mosque! But eventually, the Chief Muslim cleric enjoyed it so much, he lifted the ban! A hundred years after that, coffee reaches the trade routes to Europe. By 1600, Europeans are loving coffee, but this drink innovation was hurting the pocketbooks of proprietors selling beer 🍺and wine 🍷. Foreign innovation from the competing Muslim Ottoman Empire brought on another ban.

One day, anti-coffee Bishops petitioned Pope Clement 8 to excommunicate anyone who drank the Devil’s Drink! But, when the Pope asked to taste it, he found it to be delicious!

Instead of banning coffee, the Pontiff blessed coffee and said it should be baptized as the new Christian drink!

We fear new things and we doubt that something we believe to be “new” can be true. There is an anxiety over loss. When we doubt, we are protecting ourselves from loss.

With everything new, we risk the future we had been planning.

While we celebrate Easter every year, the resurrection of Jesus from the dead means we can enjoy a resurrection-way of life every day. At Sunset Beach’s sunrise service, the message offered resources on what we do with fear. Fear is understandable. Even expected to be experienced from time to time. But what about Doubt? This week, bring your doubts, your struggles of faith as we look in on many women and men disciples who expressed their doubt. Jesus appeared in their midst! Where did Thomas put his doubt? Find out where to put your doubt this Sunday as we gather for the Second Sunday of Easter and hear a message from John 20:19-31. (Hint: Doubt is not lessoned by more facts, but with personal experience with the truth. Jesus is alive! Meet him and see!)

Do you have a nickname? Sure. Many of us do. Some are very complimentary. Others, not so much. But if a nickname may fit us initially, we can always change our nickname to describe the best of us. For example, do you remember the disciple’s name who doubted Jesus was alive after dying on the cross for us? Yes. Doubting Thomas. Actually, Doubting was not his first name! It was his nickname given by others describing his lack of faith. We doubt when we don’t fully believe, when we don’t yet understand something entirely. Like when our parents tell us not to eat too much sugar, Or to go to bed early. We say to ourselves, “That can’t be true! Its just too crazy!” So we can give nicknames to our parents. They are “out of it”, or “Mean” or “Don’t understand me.” But we figure out most of the time these nicknames, labels, don’t need to stick because people can grow and change. We grow. Our parents grow.

Doubting Thomas grew, too. He came to understand that Jesus was truly alive! Its unfortunate that through the centuries we have kept Thomas in the Doubting box. Instead, let’s start a new tradition. Thomas’s nickname is Believing Thomas. And that’s a great nickname for us, too.